Collaboration is the new competition! When you think collaboration, the world will look a little different and you’ll begin to see opportunities all over the place! 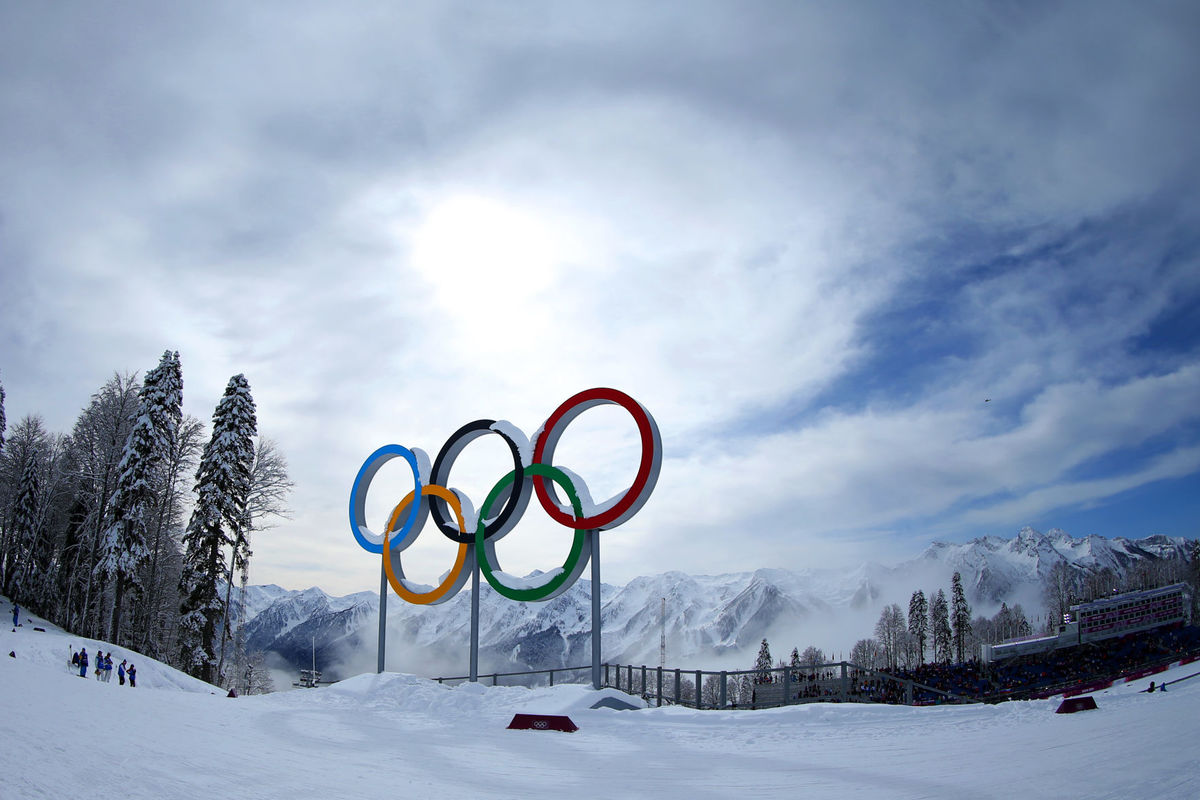 If you’re anything like me, you’re glued to your screens (be it television screens or your devices) and caught up in the excitement of the Winter Olympics in Pyeongchang, South Korea.  After all, the Olympics represent the ultimate of all sports competitions, bringing together the best athletes from around the world.

Through the years, sports has provided us with many valuable lessons and inspirational stories of the true spirit of competition, and the dedication and drive it takes to succeed.  The Olympics (and sports, in general) also provides us with examples of how collaboration can elevate competition to that next level.  Although the athletes compete against each other for medals and represent countries with differing political values, they are unified around a common vision: the Olympic spirit. And this year’s Winter Olympics is extra-special in that it has brought together South Korea and North Korea, two warring nations, who are competing in these Olympics in Pyeongchang as a “United Korea” team!

es Cross-Country Sprint Relay, 2006 Winter Olympics in Torino, Italy:  Canadian skier, Sara Renner, was leading the race when the unthinkable happened – her ski pole snapped.  The Finn skier skied past her, then the Swede and then the Norwegian … seemingly gone was hopes for a medal for Canada of any kind.  However, Norwegian’s Director of Cross-Country Ski Program, Bjornar Hakensmoen, did something remarkable.  He took his own ski pole and gave it to Renner.  Yes, the size of the pole was too big, but nonetheless, this gesture allowed Renner to reach and tag her relay partner, Beckie Scott, who was able to make up a lot of ground.  The race was thrilling with Sweden narrowly beating out Canada for the gold medal.  The Norwegians finished 4th.  Now you may be thinking that the Norwegian skiers and their fans would have been outraged with Hakensmoen for costing them their dream of an Olympic medal …. however, that was not the case at all! In fact, it’s not uncommon for opposing teams to help out with equipment malfunctions in cross-country skiing …  true sportsmanship at it’s best!  And this was the case during the 2014 Olympics in Sochi, where this time it was a Canadian coach who “came to the rescue” of a Russian skier whose skis had broken, thereby allowing the Russian to finish the race.

Even in the “dog eat dog” world of track and field, we have seen truly beautiful examples of collaboration.

The 1936 Summer Olympics in Berlin, Germany started out as the tense, politically-charged “Nazi Olympics” but will forever be remembered as the Olympics of Jesse Owens.  Owens won a then unprecedented record four gold medals (100m, 200m, relay, long jump) for the U.S.  During the qualifying rounds for the long jump, Owens had fouled his first two attempts. Facing elimination from the competition if he did not post a qualifying mark on his third attempt, Owens received a piece of advice from German long-jumper, Luz Long.  Long suggested to Owens that he move back the start of his run-up so he would take off well before the long jump board.  Owens easily qualified and went on to win the gold medal, with Long taking the silver.  Jesse Owens later wrote: “What I remember most was the friendship I struck with Luz Long.  He was my strongest rival, yet it was he who advised me to adjust my run-up in the qualifying round, and thereby helped me win“.

Collaboration is the New Competition

Edward deBono noted that “companies that focus solely on competition will die, while those that focus on value creation will thrive“.  Apple’s story is proof-point to this theory.

If we want to move forward, see Apple healthy and prosperous again, we have to let go of a few things here. We have to let go of this notion that for Apple to win, Microsoft has to lose. We have to embrace the notion that for Apple to win, Apple has to do a really good job. And if people are going to help us, that’s great … And if we screw up and don’t do a good job, it’s not someone else’s fault, it’s our fault. This era of setting this up as a competition between Apple and Microsoft is over.  This is about getting Apple healthy, and this is about Apple being able to make incredibly great contributions to the industry.” – Steve Jobs, CEO Apple in August 1997

The above quote, which foreshadowed Steve Job’s “Think Different Campaign“, marked a dramatic shift in strategy for Apple … one away from a singular focus on it’s competition (namely Microsoft) and towards a focus on “good design” and intuitive customer interface/experience.  At the time, Apple was on the verge of bankruptcy, losing $1.5B over an 18 month period, and Steve Jobs realized that change was in order.  He shocked the industry by announcing a “strategic alliance” with Microsoft, which included a $150mm investment in Apply by Microsoft.  20 years later (August 2017), Apple’s market cap was $815B and Microsoft’s was $561B …. both companies successful in their own right!

Competitive Mindset = can foster inward focus; how are we doing vis-à-vis others
Collaborative (Team) Mindset = external focus to the customer; how are we contributing towards the company’s value proposition and for our customers.

“Our customers are loyal to us right until the second somebody offers them a better service. And I LOVE that … Its super motivating! If you’re competitor focused, you have to wait until there is a competitor doing something. Being customer-focused allows you to be more pioneering.” – Jeff Bezos, CEO Amazon

Few with argue that Amazon, the company that started out as an online book store, has completely disrupted and reinvented the retail industry. Amazon was ranked in 2017 as the 4th most valuable company as measured by market capitalization, after Apple, Alphabet/Google and Microsoft (Note: as of February 2018, Amazon surpassed Microsoft into #3 spot). Today, Amazon is responsible for about 40% of all online retail sales in the U.S. Amazon’s secret lies in it’s obsession not for beating the competition, but for the customer. Amazon has become a master at anticipating what customers want – sometimes, even before they know they want it!

Competition is not a bad thing, and no one would disagree that the competitive fires run high at Amazon.  Healthy competition IS a good thing, it breeds resilience and is necessary part of our DNA. According to Ashley Merryman, co-author “Top Dog: The Science of Winning and Losing“, competition drives creativity. “Whether professional musicians or school children, studies have shown that competition fuels creativity and improves quality of work. More than that, the skill that makes you a great competitor, such as the willingness to push boundaries, trust one’s instincts, problem solve – those are the same skills needed for innovation“. However, the key is to not get overly wrapped up in the competition, but rather use it as a lever to better yourself …. Competition coupled with collaboration allows you to forge new opportunities, and not just compete for existing ones.

Returning to the Olympic theme, Canada’s broadcasting industry, which is dominated by a few giant oligopolies, provide us with a great example of how collaboration has led to a win-win scenario for all, and most importantly, for the Canadian consumer.

In today’s day and age, consumers want access to all events in real time on a broadcasting format that works for them .…. only collaboration can make this happen! Canada’s public broadcaster, the CBC, has secured the broadcast rights for the Olympics in 2018, 2020 and beyond. The network will partner with Bell Media (owner of CTV, it’s primary network rival) and Rogers Media.  In the announcement, Jeffrey Orridge, Executive Director at CBC Sports shared, “we are collaborating on the production. We are going to share airwaves, we’re going to share technical resources, we’re going to share our expertise, and we’re going to share our talent.”  For the 2018 Winter Olympics, CBC and it’s partners, are slated to air 871 hours of programming on conventional TV and an additional 2,500 hours of coverage will be streamed to devices …. virtually every moment of the Games will be available to watch by all Canadians, when and how they choose to watch it!  Another Olympic illustration of how through collaboration we can elevate “our game” and create something bigger (and better) than the sum of what each can create on their own …. or in sports-terms, put together a gold medal worthy value proposition!